The power of appreciation in virtual working and 'WFH'

A recent conversation with a member of my network centred around the way his peers and superiors were interacting with each other whilst forced into working from home by the current lockdown restrictions. The way he described the situation and what I had heard from other leaders in my network seemed to suggest that in some organisations the pandemic has triggered a disease of a different kind.

One effect of working from home we are all experiencing, is that the number of formal online meetings has seen an exponential growth. This is partly because we have no casual conversations at the coffee machine, in corridors or during lunch which we previously used in our offices to just clarify a few questions lingering in our minds.

However, this in itself was not the real issue he was experiencing! It was much more about the way these meetings were setup for mandatory participation with seeming disrespect of the invited individuals’ circumstances. Meetings were called way outside the normal working hours with the simple comment “you are at home anyway, so what’s the problem?“ Apparently, this was not just his perception but also that of several colleagues he had raised this issue with. Experiencing such patterns in combination with the ’80-80 Bartleby law’ (by the columnist in the weekly Economist which says that 80% of the time of 80% of the participants is wasted in meetings) frustration is growing very quickly. And if that time is eating into family/personal time, that makes it even worse.
And indeed, my conversation partner confirmed exactly this perception.

Having reflected on this conversation, I remembered that, over the past few months, I have had conversations with a similar sentiment with clients in various organisations. Which means it doesn’t seem to be a one-off exception.
At the core of all these conversations was one issue: some leaders seem to forget that just because their people had to move their offices to their homes, that doesn’t mean they can or should be accessed anytime because the office is so close. There are still boundaries and people need and deserve a life outside and without work. Some were called into meetings at 9 p.m. or even later. That is acceptable as an exception when time zones demand it, but it should never become a regular occurance.

This lack of appreciation of boundaries between work and private life cuts deep as it touches one of the core values of our societies: respect! 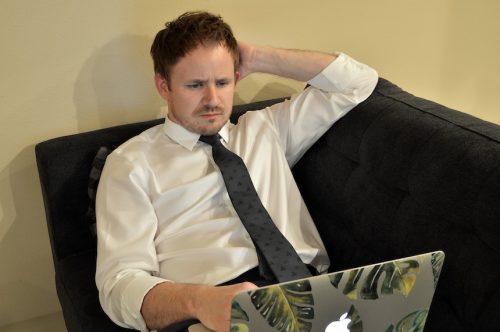 Following on from this I did a bit of research what such behaviour patterns could mean for organisations. Independent from the pandemic, social studies found that a lack of appreciation in a relationship erodes engagement and commitment. In some cases, researchers summarised the effect in organisations in a well-known saying: people do not leave organisations, they leave their bosses because of a lack of appreciation. Of course, only very few people will dare to leave their jobs in the middle of a pandemic. However, if such a pattern persists it may prepare the ground for ‘inner disengagement’ and when the situation recovers outright termination of the contract. WFH should not be considered as a ‘carte blanche’ for transgressing boundaries between private time and work time.

Just to clarify: there is a difference between appreciation and recognition. Recognition is case- and situation-based, therefore, and quite rightly so, should be used scarcely. Appreciation is not task or job related but centres around the person as such.

So, because of the working from home pattern, as a leader we have far less contact with our people compared to times when everybody was in the office. As a result, our team members may experience less appreciation than they had before when we were still all in the offices unless we make a conscious effort. I think in our attitude we should really be more conscious and intentional about appreciation of our team members in general, but we should also appreciate more specifically these days (or weeks, or months) of WFH that everyone has circumstances and challenges beyond work when working from home.

Whilst researching for this blog, I came across an immensely powerful TED-talk from Mike Robbins in 2013 about the power of appreciation. I thought it would be much better to share this TED talk with you rather than me summarising it. He tells the story much more inspiring than my recap could ever be. He also brings up some interesting research results of the effects of appreciation on productivity and performance.

I hope you enjoyed watching this TED talk as much as I did when I found it.

Of course, we should keep up our attitude of appreciating our people in general. In special times like those we experience right now, we should try even harder and expand our considerations to private circumstances and challenges of team members working from home to take care of their well-being.
When you try to get people together in an online meeting and the only options seem outside normal working hours, always think twice if that is really necessary at all and who really needs to be there.
It may be totally ok for you to work all hours if you are at home anyway. That doesn’t mean it is ok for everyone else too. It may be considered deeply disrespectful for those affected by your invite for a late evening or very early morning meeting even if no-one would dare to say so.

get in touch with me direct