… and how to get people out of it 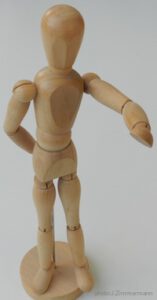 Those who have been following the events in Greece over the last months and maybe even years may have noticed that a rather strange mentality seems to have developed. Everybody in Europe and especially the economically stronger countries are being blamed for what happened in Greece. Although I’m convinced that not all Greek people think that way the media suggest that a large, at least a vocal, portion seemed to have adopted such a victim mentality.

Unfortunately, this blaming-others-attitude has severe effects in several ways. In principle, it means abdicating any responsibility for the situation the country is in. On the surface such a mentality may be understandable but actually it is a poison for one’s mind as it has a strong paralytic effect and keeps people blind to the obvious of what needs to be done.

For the people in Greece their politicians play(ed) a dangerous role as they kept making those poisonous promises of ‘free lunches’ in their election campaign. Possibly largely driven by their desire to be elected they did not tell the truth and never took responsibility for changing things like leaders in some other European countries did. This only reinforced the blame attitude. It is also a behaviour that says a lot about how weak these politicians are as leaders in times of crisis and challenges.

So, what has all of that to do with organisations? A lot! Quite a number of organisations suffer from a victim mentality, to a greater or lesser extent. And it can show in two ways: a passive one, where thinking circles around the mantra ‘I can’t do anything about it anyway’, and a more active expression, where thinking focuses on what others are doing or not doing for/against them, blaming them. In either case, one is the victim.

Of course you can find a spectrum of attitudes in organisations from very proactive and engaged people to those who really are in one or the other of these victim modes. However, some organisations have allowed the blaming mentality to permeate the rest of the organisation. And, it is the leaders who have allowed a certain culture to flourish. Whether they have not paid enough attention to what is really going on or have actively contributed to the blame culture is, at the end of the day, irrelevant! The risk of such a blame culture is in any case similar to what I’ve described above. It has a great potential to paralyse the organisation which subsequently makes it less competitive or even worse.

It is the leaders’ responsibility to set the culture! How you, as a leader, speak will set the tone for how others think and speak. What you are allowing to happen, i.e. in behaviour of people, has the potential to become the norm for all members of your organisation (be it good or bad). Remember: one rotten apple can spoil the whole basket. So what can you do about it? Here are a few tips:

Here are the six steps:

The six steps may appear very simple. Yet experience tells me that it takes some effort to really hold on to the flow and not skip any one of them.
I wish you great success with a team or organisation in which all members are ready to take responsibility and act instead of blaming others for not doing the right things.

Feel free to leave a comment below or if you want to discuss any of this with me in more detail, contact me direct.

How I boosted engagement in my dispersed teams – Part I

The key to effective feedback