The following is the first of 3 parts of an article on the challenges around managing the global transfer of innovation in today’s businesses. It was originally written for and published in the “SOFW Kosmetikjahrbuch 2014”. 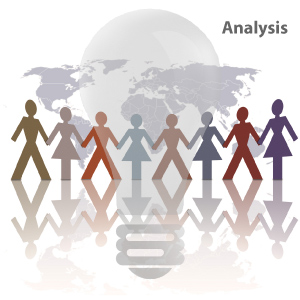 Speed of innovation is vital in today’s fast-moving world. Global organisations often attempt to achieve that speed by creating a new product in one place then replicating it in others – often called Technology Transfer. Many organisations create structures and processes that on paper fulfil the strategic purpose of developing product and process once and then implementing these in multiple locations, in order to:

That is an obviously powerful strategy. But successfully implementing it is not so obvious. Many organisations encounter pitfalls which often hinder or prevent its fulfilment.

When talking with leaders of these organisations, especially those who admit having failed to bring this approach to full fruition, we find that they are to a large extent surprised as well as frustrated that this most logical approach to optimising their global innovation does not deliver the desired benefit. The highly logical approach is appealing on paper and has been tried in various forms in many organisations, but there are pitfalls which often hinder or prevent its success. Exploring further down the organisation we discover that usually these perfectly-designed processes for rapid innovation ignore the people who will be charged with carrying them out.

Let’s have a look at one case: Driven by the above mentioned potential benefits, this company created regional hubs with global responsibility for developing innovative products for subsequent deployment in countries around the world where they had a market presence. Structures and processes were designed by the book and implemented in all regions. Even two years into the change, the new organisation did not really deliver the benefits expected. Analysing the situation revealed the following issues:

This syndrome was present in most of the receiving deployment teams. A closer look revealed that most of these people had built years of expertise in the company which was ignored in the new setup. As a consequence they felt disrespected and unenthusiastic about the global innovations they were being asked to implement in the local markets.

As communication was done in English mostly via videoconference or telephone conferences usually without follow-up summary notes, the non-native speakers were prone to misunderstandings, and due to cultural habit or perceived peer pressure did not ask for clarifications. This is a major cause of long delays and frustrations on all sides.

Those involved in the various projects at the global level assumed that the regional nominees would automatically be fully engaged and motivated and hold the strongest loyalty to the global team and its projects rather than to local interests.

In any organisation, communication is essential. Modern technology allows almost instant communication between people anywhere in the world. The natural tendency (for younger people at least) is to respond immediately, whether to a mobile phone, email or Social Media message. Businesses support this behaviour by providing mobile email and phone systems (Blackberry etc) that enable permanent access. The tendency of responding before thinking is particularly unhelpful in virtual teams as often the quality of the messages sent is inadequate. The unintended consequence of such permanent connectivity is that by responding immediately to messages, many people develop a working pattern of continual interruptions, and attention to the most recent correspondent. This rarely produces top-quality work because it inhibits the thought processes required, and instead of “Do the right thing” the behaviour is “Do it right now”.

As in any global working context, bringing people together in telephone conferences where one part is based on the West Coast in the US, one in Europe and another in China is almost impossible. One European hub always placed the times for the telephone conferences at their own most convenient time, i.e. late afternoon, which forced the Chinese colleagues to have the calls in the middle of the night. It is easy to realise that their motivation was very limited, not to mention their alertness and ability to contribute under such circumstances.

We also have been involved with successful global implementations, and draw from these the key lessons for tackling those five issues. These lessons revolve around the appreciation that global projects are substantially different from large local ones. They need special skills to lead them, as the project faces geographical and cultural challenges in addition to the usual technical, commercial and logistical ones. The top of the organisation must set the scene early so that the project is widely recognized as important right from the start.

One crucial factor this organisation ignored was that in order to make their new approach to fast innovation work, they have to build effective global virtual teams. Each of those last four words is important. Being effective needs not only technical capabilities within the team but also strong leadership qualities in the project leader. Operating globally has potential geographical and cultural issues. Being a virtual, as opposed to co-located, team requires special attention to communications in particular. And it is hard to make a true team out of this sort of working group which demands excellent leadership in order to make it all work.

We will look at the key factors one should consider when building and working with virtual teams in the next blog post. Please stay tuned.

Fostering bonding in a virtual team