Generations have said it before – youth has no respect anymore!

However, I feel these days it is not only youth that is lacking respect. Wherever one looks, people are fighting, not discussing. Parents hit referees because they believe their children have been treated unjust. People of all ages attack police, emergency personnel, the fire brigade and others because they do their jobs – or despite of it. Teachers get attacked by students and parents alike. Hate speeches and acid comments in social media, news forums and everywhere on the internet are normal. Defamation of others in politics is an acceptable tool globally. ‘Fake news’ and ‘alternative facts’ is the new description for everything that is not in line with one’s own ‘truths’ – as wrong as they might be. Other peoples’ opinions don’t count anymore. Why listen to them and maybe consider if they might have a point? Just mow them down. And often a dispute that should be about content gets personal. 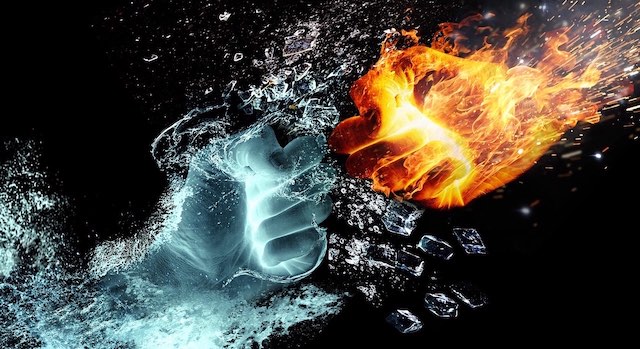 So, are we having a shortage of respect in today‘s world?

Not too long ago I had a discussion with a friend about trends in our society and businesses we are working with. I want to share one of the main conclusions:

The emergence of populists in the political arenas around the world has made behaviours which seem to lack of respect more presentable/acceptable especially when it’s about divergent opinions. The term “fake news” coined by Mr. Trump or “alternative facts” first introduced by KellyAnn Conway have set the tone for this egocentricity, and -in the extreme- egomaniacal behaviour. My interpretation of using such terms disqualifying the other party is a lack of respect for opinions and perspectives when they differ from one’s own. The harm caused by the term “fake news” in society is described in this article from  “The Conversation”.

But what does that have to do with the business world?

My friend and I have actually observed a trend in the use of such language in some organisations we are involved with. It seems that this way of approaching dissent in discussions creeps gradually into all areas of our lives including the interactions in organisations. I am sure many readers say this is not happening in their organisation and I hope they are right. However, stories I hear tell that such language is used either jokingly or in all seriousness in organisations. And in all cases people describe at least an undercurrent of lack of respect in such conversations. That can be poisonous for the climate in an organisation.

Hence, I am raising this to create awareness amongst our readers, and in particular leaders in organisations, to pay attention to how people speak when they have an argument or joke about others.

Nip things in the bud!

Trends start small and patterns initially appear infrequent. Many organisations have respect or equivalents as part of their fundamental values. Hence, I believe leaders in organisations should play a vital role by not only role-modelling respectful behaviour but also by addressing inappropriate behaviour in their teams very early on in order to avoid a deterioration of the climate. Such early interventions are even more important in a virtual organisation because there things can fester ‘under cover’ for a longer time and cause much more damage when they come to see the light of day.

I hope the examples my friend and I have seen and heard about remain small in numbers and that organisations can immunise themselves from the deteriorating interactions in politics and our societies.

One of my personal goals for 2019 is therefore to set up against this trend in our societies and create, together with like minded people, a movement for more respect in our world. If you are interested and want to participate in this activity join us on Facebook. This has only begun and will be gaining momentum over the coming weeks, I hope.

Please get in touch direct if you want to explore this in more depth.

We explore this and other business relevant subjects in our Virtual Leaders Lounge. This is an informal online meeting of maximum 10 business leaders where we discuss challenges in virtual teams and organisations and share best practices. No PowerPoint is used, no prep work required!

Check it out here or register direct so you get the invitations and have a chance to get one of the 10 seats available for a lounge session.

How can you lead the “old dogs” in your team?

How to resolve the loyalty challenge as leader of virtual teams